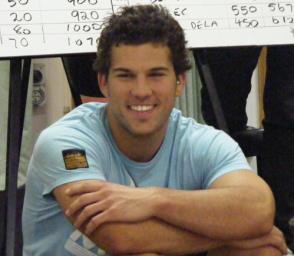 Professional
WA
–
–
Big Guns Comment:
The shinning light of WA 8-Ball. Two time (and current) Australian Singles Champion, and has won a thousand junior national titles and a million state comps and local comps.
In a poll at the 2009 Nationals, the nations top womens players voted Justin as the 2nd hottest male player in Australian 8-Ball. He just missed out by a few votes and was defeated by South Australia’s Jack Hunter.
Justin has the goods to be the 2010 Big Guns champion. At $7.50, he’s a big chance.